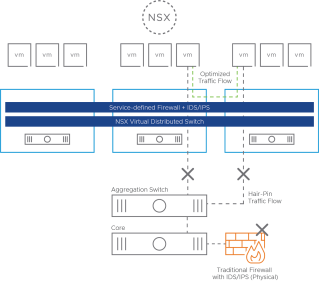 Most readers are already familiar with VMware NSX as a natural platform for intrinsic security in the data center. They understand that NSX’s service-defined firewall is enabling network and security operators to use a distributed software-based solution to replace centralized hardware-based deployments. The intrusion detection and prevention system (IDS/IPS) functionality released with NSX-T 3.0 enhances The post NSX Distributed IDS/IPS is Generally Available appeared first on Network…Read More